Peter Handke is the Winner of the 2014 International Ibsen Award 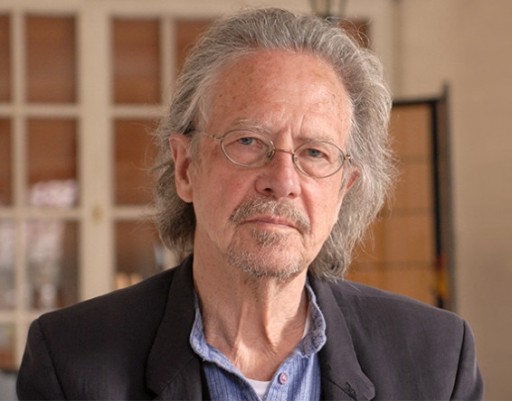 “The award was established by the Norwegian Government in 2007 and has previously been awarded to Peter Brook, Ariane Mnouchkine, Jon Fosse and Heiner Goebbels. The jury’s citation states that the 2014 International Ibsen Award is being awarded to Peter Handke for “a body of work that is unparalleled in its formal beauty and brilliant reflection”, and continues: “If Ibsen was the model playwright of the bourgeois epoch, which has yet to end, Peter Handke is undoubtedly theatre’s most eminent epic poet.”

About Peter Handke
Peter Handke was born in Kärnten, studied law at the University of Graz from 1961 to 1965, but broke off his studies when his first novel manuscript was accepted in 1965 (Die Hornissen, 1966). In the same year, the legendary play Publikumsbeschimpfung (Offending the Audience) was put on in Frankfurt, directed by Claus Peymann. He has since published more than thirty novels and works of prose, and has written a number of plays and screenplays, including the screenplay for Wim Wenders’ well-known, award winning Der Himmel über Berlin (Wings of Desire or The Sky Above Berlin, 1987). He has won a number of international awards for his literary work and is regarded today as one of the great names of European literature. Handke lives in Chaville outside Paris.

About The International Ibsen Award

• The award ceremony will take place on 21 September during the Ibsen Festival at the National Theatre in Oslo. Peter Handke’s Immer noch Sturm will close the festival.
• The award is funded by the Norwegian Government via the Ministry of Culture and is awarded every second year on Henrik Ibsen’s birthday.
• The committee consists of: Per Boye Hansen (Chair), Therese Bjørneboe (Deputy Chair), Hanne Tømta, Christiane Schneider, Sir Brian McMaster, Dr Thomas Oberender, and Roman Dolzhanskiy.
• The award has previously been won by Peter Brook, Ariane Mnouchkine, Jon Fosse and Heiner Goebbels.”