EXCLUSIVE: Trailer and poster for Anna Samo’s animation “Conversations With A Whale”

Anna Samo dedicates her eight short animation Conversations With A Whale to all her friends “who are dancing with their demons and talking to their whales”. The subject of the film deals, after all, with a shared trauma they are all going through upon finishing their art projects.

The happiness one is overwhelmed with once a film is wrapped gradually fades away when the submission process to film festivals starts. With every rejection, the frustration gets bigger and doubts into one’s own talent or the quality of crafted work takes over. Anna Samo has projected her encounter with difficulties in promoting her finalized projects into an eight minutes and 45 seconds long film that deals with questions surrounding the very creative process. Going back to the root of her own painful experience with film submissions, she starts examining why we sometimes put the neeed for recognition before the work itself. “Why do I make films? Is it the success I long for and depend on? Does anyone need what I am doing? And if no one needs it, do I still have the right to do it?”, we read in her director’s note. All of those questionmarks are at the same time justified and not. Is a “no” coming from a festival an indication that one’s doing something wrong? Should the artists just stop doing what they are doing out of lack of recognition? As it turns out, we all need a whale to swim over and whisper little encouraging words into our ears.

Anna Samo, or her animated alter ego in Conversations With A Whale has a charming appearance that evokes memories of Antoine de Saint-Exupéry’s novella “The Little Prince”: the crown, the cape, the essential questions surrounding one’s own existence and a wee plant that is taken care of with lots of love are there. Not a rose though, but the tree of encouragement, as it turns out.

The story penned, animated and directed by the German director is about to have its world premiere at PÖFF Shorts in Tallinn, where it screens in the Shorts Animation Competition. We are happy to present the official poster:

Conversations With A Whale is a German/ US co-production funded by FFA – German Federal Film Board and supported by STAMP AUDIO Filmmaker Post Production Grant. Both music and sound design are signed by Merche Blasco about whom Anna Samo says: “Her soundscapes inspired me and influenced my storytelling pending between logic and emotion and the feeling of wonder. ”

Check out our exclusive trailer below: 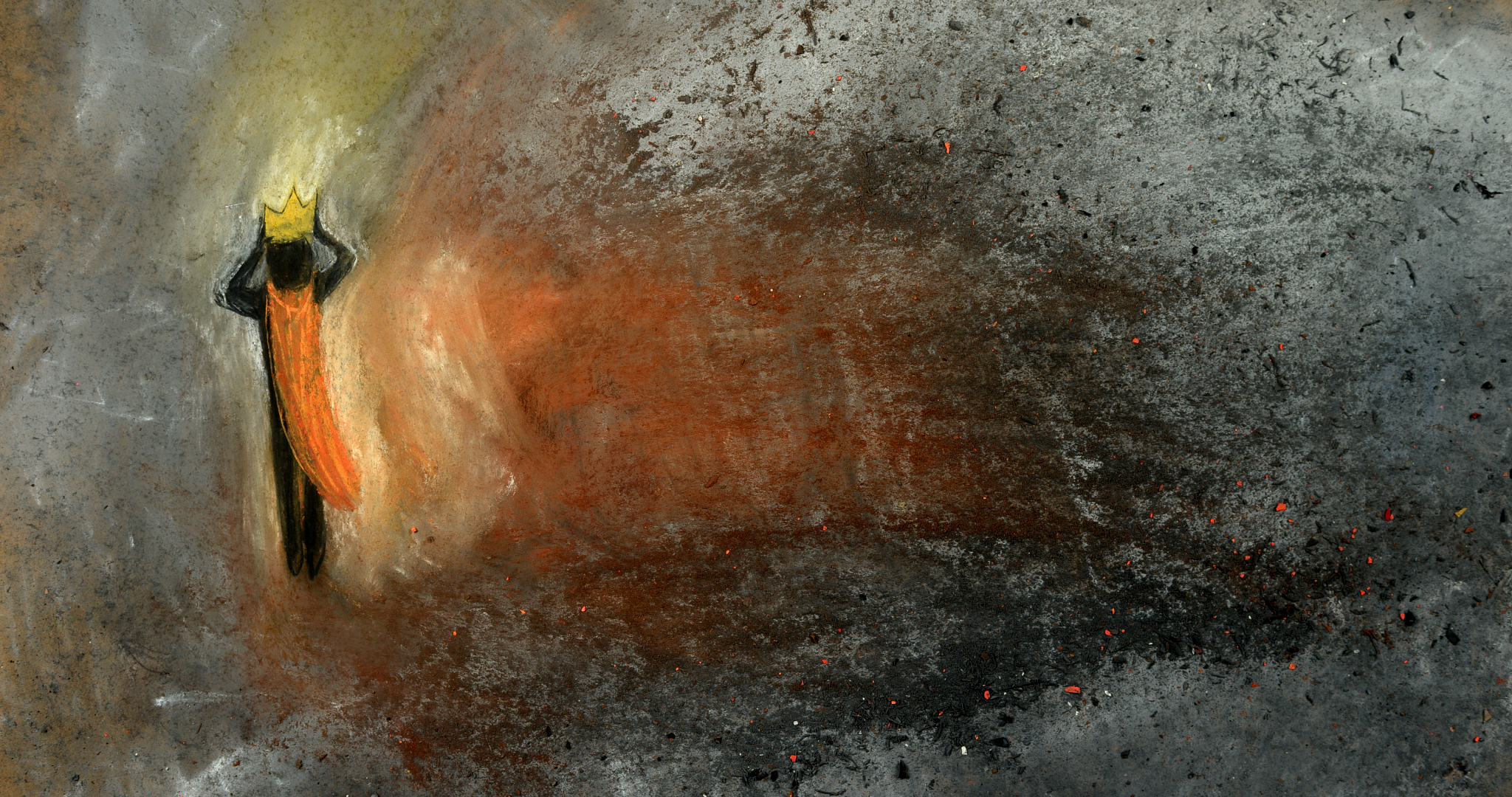 Conversations With A Whale is a German production