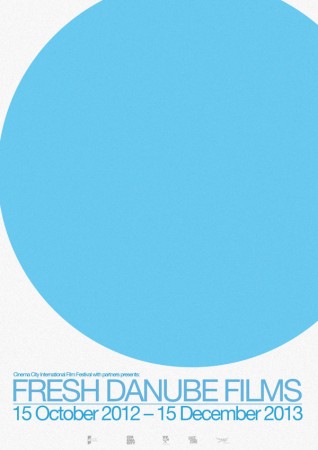 On the tenth jubilee edition of the Crossing Europe Film Festival (from its founding, dedicated to the young European film) which took place between 23 -27. April, the cultural cooperation between four film festivals from the Danube region – Cinema City (Novi Sad, Serbia), Festival of music documentaries Croatia Dorf (Vinkovci), Belgrade-based Free Zone and the host festival in Linz – a project called Fresh Danube Films, was presented to the cinema audience.
In the selection of films from Serbia, Croatia and Austria, the following six productions were screened in two terms each: “Forever not alone” by Monja Art & Caroline Bobek and, Katharina Mückstein’s “Talea” were the clear choice of Crossing Europe festival director Christine Dollhofer, “A letter to my father” by Damir Čučić and Vlatka Vorkapić’s “Sonja and the bull” were selected by the Dorf festival founder and art director Toni Šarić and Vladimir Milovanović’s “The face of the revolution” and “Redemption street” by Miroslav Terzić were the Serbian choice for this year.
Linz is, after Belgrade and Vinkovci, the third festival station on which the young authors of first or second feature film from the countries of cooperation partners are presented. The project is realised thanks to the support of the European Cultural Foundation (ECF) from Amsterdam which recognized the concept as a significant cultural connector between the Danube region countries. The project was initially started on the 15th October 2012, but its actual première was a couple of weeks later – at the films festival Free zone in Belgrade. It’s there that the first personal contact between the organizers of all four film festivals took place. First in Linz came to a change in original repertoire by replacing Henning Backhaus’ “Local heroes” with “Talea” which had its Austrian première at the Diagonale film festival in Graz earlier this spring.

The selection was thus expanded which is our common goal. It is our wish to promote as many young authors of first and second feature or documentary films from the Danube region as possible. We also emphasize the importance of a creative platform which connects all authors, giving them the possibility of new regional co-productions. We hope to continue working led by the same idea even after the official ending of the project on 15th December this year, explains Ivana Todorović, Project Manager of the Cinema City festival, the main initiator of this international cultural cooperation.

Partners untied in the Fresh Danube films project aim to, after renewal of the contract, get on board other festivals and cultural institutions, tells us Miloš Ignjatiović, also a member of the Cinema City creative team:

So far we have treated the notion of the Danube region very precise, but we are planning to build a network that will include several interesting festivals from cities which are not really on Danube, but which belong to Danube basin. We would like to establish cooperation with several festivals in Romania and Bulgaria, and we are interested in partnership with some of German festivals.

The educational part of the programme will come to life at the coming Cinema City festival (26th August – 1st September). Twenty selected students will be offered the chance to participate in workshops that cover a variety of professional topics about all phases of film making.

Listening to colleagues from Romania and Croatia, I recognize the problems that we face in Serbia, especially those related to financing of projects. Just like the film producers who make do with small film productions, I see our chance for a positive development of the festival in co-operations, concludes Ignjatiović.